Book Launch: “For the Sake of Allah: Origin, Development and Discourse of Gulen Movement” with Prof. Dr Anwar Alam 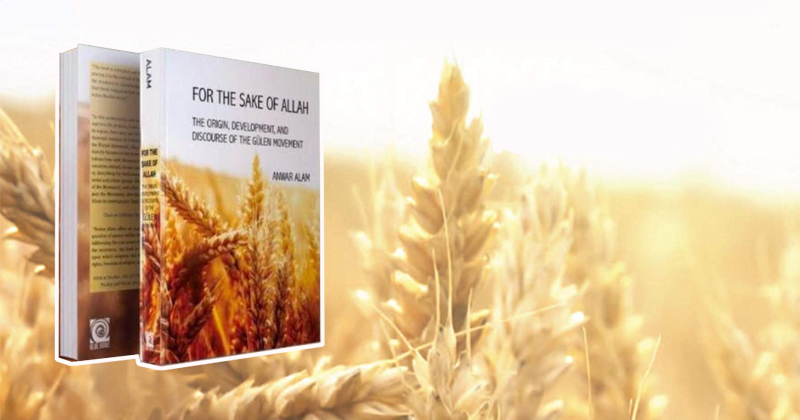 You are cordially invited to the IDP’s Book Launch event “For the Sake of Allah: Origin, Development and Discourse of Gulen Movement” with Prof. Dr Anwar Alam. An opportunity for purchasing the book and signing will be possible at the end of the event.

The book explores the Gulen/Hizmet Movement, which is a social movement inspired by Fethullah Gulen, one of the most prominent Islamic scholars – and controversial figures of modern-day Turkey. Notwithstanding the current political turmoil under the Erdogan regime in Turkey, Gulen/Hizmet Movement is one of the most interesting faith-based movements that arose from a Muslim society in the twentieth century. They have opened thousands of schools around the world since the late 1960s and have been active in relief work in Turkey and abroad. In this book, Anwar Alam shares his almost a decade-long research and fieldwork based on the religious, educational, political, and social contexts that have shaped the essential dynamics from which both Gulen and his movement have flourished.

Professor Dr Anwar Alam is a Senior Fellow with the Policy Perspectives Foundation, New Delhi. Previously he served as a full Professor in the Department of International Relations, Faculty of Economics and Administrative Science, Zirve University, Gaziantep, Turkey. He was AVH Visiting Fellow at the Department of Philology, Albert Ludwigs University of Freiburg, Germany in 2016 and 2017. He is a regular visiting fellow at Faculty at National Institute of Design, Ahmedabad, and at the Department of Civic and Politics, University of Mumbai. Prof Alam has published extensively in the fields of international politics, politics in West Asia and South Asia, Indian politics and Indian foreign policy, and Muslim politics. His recent publications include For the Sake of Allah; The Origin, Development and Discourse of the Gulen Movement (2019); Muslim Minorities in Europe and India: Politics of Accommodation of Islamic Identities (co-edited, July 2016); Arab Spring: Reflections on Political Changes in the Arab World and its Future (ed. 2014); and “Emergence of Muslim Middle Class in Post-Independence India and Its Political Orientations,” Journal of Muslim Minority Affairs 35, 1 (2015). His PhD Thesis was on the Role of Religion in State Polity: A Comparative Study of Egypt, Iran and Saudi Arabia.” – Australian Institute of International Affair