The Uyghur Question: From the origins of the crisis to the consequences for the diaspora with Professor Vanessa Frangville 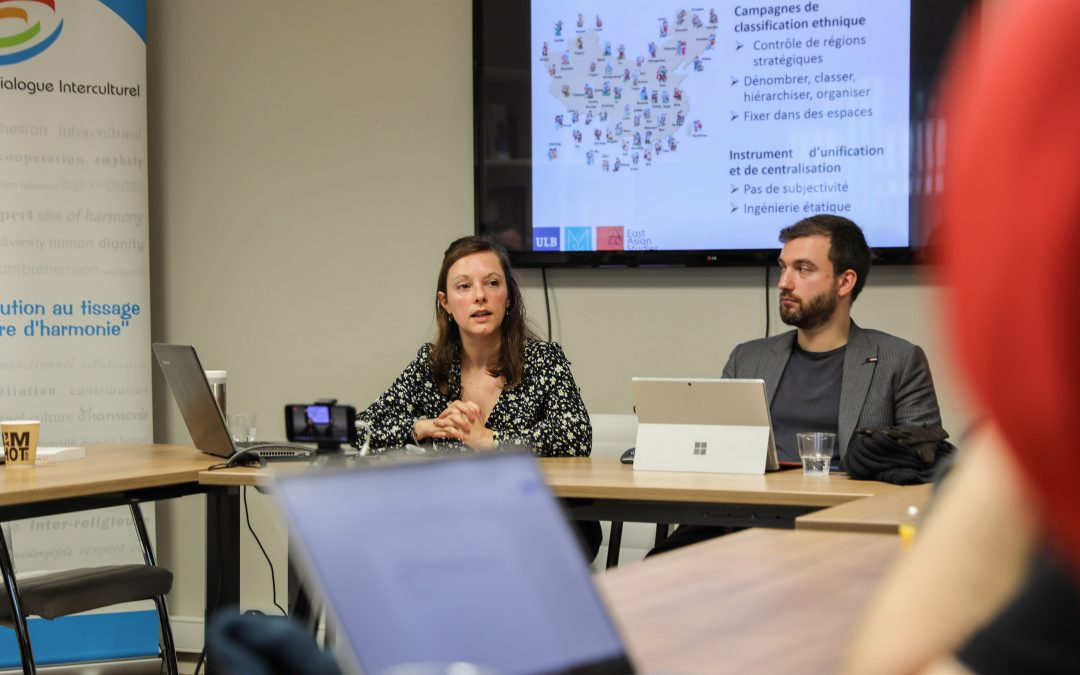 For the video of the event.

On Wednesday 4 December 2019, Intercultural Dialogue Platform, Fedactio, and Solidarity with Others had the pleasure of hosting Professor Vanessa Frangville, sinologue and researcher from the Université libre de Bruxelles (ULB), for a roundtable discussion on the Uyghur issue.

The event started with Ms. Frangville’s presentation about the origins of the conflict, which has been drawing increasing public attention across the world, especially with the emergence of reports about massive internment of Uyghurs in concentration camps and allegations of systematic torture and ill-treatment perpetrated on the minority group by the Chinese government.

Ms. Frangville pointed out that while China is home to as much as 55 minority groups, the Xinjiang region inhabited by the Uyghurs constitutes one of the most sensitive issues for the Chinese government as it is rich in resources and it is positioned on a strategically crucial location as three of the main trade routes of the Belt and Road Initiative (BRI) announced by the country’s leader, Xi Jinping, passes through it.

In addition, the region was conquered by force and not, as the Chinese government’s official narrative suggests, assimilated into China’s cultural realm.

As a result, conserving this fragile region under China’s territorial integrity has become a main challenge facing Beijing, which led to the government’s conceptualisation of “internal threats,” according to Ms. Frangville.

To take the problem under control, the Chinese authorities have come up with the idea of using economic growth as a tool to integrate ethnic minorities. That was the reasoning behind the “Bingtuan”s, the Xinjiang Production and Construction Corps, which allowed the arrival of millions of Han Chinese into the region through the establishment of new cities.

In addition to its efforts to alter the demographics of the region, Beijing also stepped up its surveillance on Uyghurs via a number of methods such as ID checkpoints, collection of personal data through smartphone apps and even a massive collection of DNA samples.

“The idea behind the intensified surveillance on Uyghurs is to identify the potentially subversive people,” says Ms. Frangville, adding that the leaked documents on the matter point to a shocking “pathologisation” of Islam as the group’s predominant religious orientation.

The Uyghur Human Rights Project has identified 48 reasons that are viewed as red flags that may lead to internment at concentration camps. There are strong suspicions that the authorities are resorting to forced labour. The government has also put in place a controversial program called “becoming a family” which consists in “voluntary” Han individuals living with the Uyghurs.

Ms. Frangville also highlighted that while there is a considerable number of anonymous testimonies regarding the Uygurs’ treatment, very few dare speaking up openly about the issue due to a deep-seated atmosphere of fear among the diaspora, especially those who still have to worry about family members they left back in China.

As a result, human rights activism among Uyghurs living outside China has remained limited and rather individual than institutional.